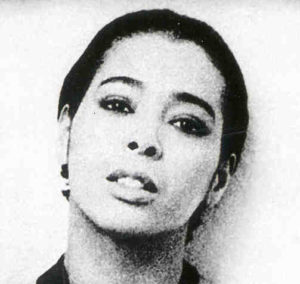 Being Honored by the entertainment industry with an Academy Award, two Grammy’s, a Golden Globe, plus a nod from fans via a People’s Choice won all within the same year might, for some, be considered the pinnacle of a performer’s career. For actress/dancer/ singer/songwriter Irene Cara, who garnered all of these awards for co-writing and performing What a Feeling, the title song from the motion picture blockbuster Flashdance, it simply served as an auspicious beginning to the productive years ahead.

First captivating audiences, specifically her family, sometime after her fifth birthday playing piano by ear, Irene soon moved into serious studies of music, acting, and dance. As a child, she began working professionally singing and dancing on spanish television. She went on to appear in various theatrical shows both on and off broadway such as the Obie Award winning musical The Me Knowbody Knows and Maggie Flynn starring Shirley Jones and Jack Cassidy.

Her first national TV series was by way of a year’s stint on the Electric Company, playing a member of the rock group, The Short Circus, delivering musical grammar lessons through the educational program. The series starred Bill Cosby, Rita Moreno, and a very young Morgan Freeman. Ms. Cara had already recorded her first record in Spanish for the Latin Market by age 8 and a Christmas LP in English soon after.

She was the youngest member of an all star ensemble concert tribute for Duke Ellington featuring Stevie Wonder,
Sammy Davis, Jr. and Roberta Flack. The concert was held
at the famous Madison Square Garden in New York. 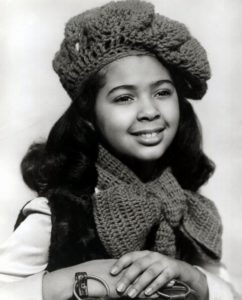 As a pre-teenager, she starred in the title role of her debut motion picture Aaron Loves Angela which lead to the title role in the cult-classic musical drama Sparkle. Ms. Cara is one of the select group of mega-talented performers who have successfully made the transition from theater-to television, -to records, -to feature films, having combined the latter with a recording career. Television brought Irene international acclaim for serious dramatic roles in two outstanding mini series, Roots: The Next Generation, the critically acclaimed adaptation of Alex Haley’s moving novel and The Guyanna Tragedy: The Story of Jim Jones.

However, it was the box office smash Fame, in 1980, which catapulted Irene to stardom. As Coco Hernandez she sang both the title song Fame and the film’s second hit single Out There On My Own, resulting in a multi-platinum soundtrack that shot to the top of the charts. She went on to make Academy Award history that year when, for the first time, two songs from one film were nominated in the same category. Additionally, Irene is the only performer ever to sing two Academy Award nominated songs, Fame and Out There On My Own in one evening. It would be Fame that would go on to win the coveted award that year. 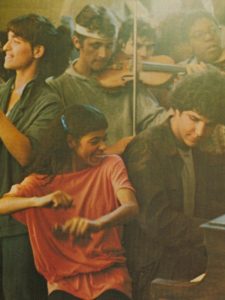 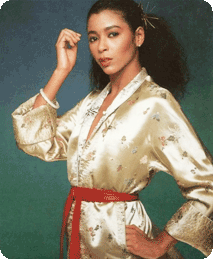 In 1982 she received the Image Award for Best Actress when she co-starred with Diahann Carroll and Rosalind Cash in the NBC Movie of the Week, Sisters. Further demonstrating her diversity, Irene portrayed Myrlie Evers in the PBS movie about Civil Rights Leader Medger Evers.The film called, For Us the Living, cast Irene opposite Howard Rollins of A Soldier’s Story fame in which Miss Cara received an NAACP Image Award Best Actress nomination for her portrayal as Mylie Evers. In 1983, for her success with Flashdance, She was presented with five major awards, including “Top Female Vocalist-Pop Singles,””Black Contemporary Female Vocalist-Pop Singles,””Top Pop Crossover Artist-Black Contemporary Singles,” and “Pop Single of the Year.” As a songwriter Irene’s talent earned her an Academy Award, two Grammy’s, a Golden Globe and a People’s Choice Award for Flashdance…What a Feeling. This was a pivotal moment in Oscar history being that Miss Cara was the first African American female to win the coveted award since Hattie McDaniel (“Gone With The Wind” – 1939), the first Hispanic female since Rita Moreno (“West Side Story” – 1961) and the first bi-racial female ever to win in any category pre-dating Halle Berry by nearly twenty years.

She has toured throughout Asia and Europe and made major appearances in Atlantic City and on all the top television shows in Europe, Latin America and Japan. She has just completed a new double CD set with a band featuring the most talented female musicians, writers and singers, aptly named “Hot Caramel”. As recently as 2001, she enjoyed a top five duet remake of Flashdance with the Swiss/German rapper DJ Bobo. The new version was a major hit throughout Europe and reached #1 in 7 countries. She has been honored with three lifetime achievement awards since the new millenium. The first was the Prestige Award in 2004, the second was an Honorary Acknowledgement for excellence in the arts by the Ft. Lauderdale Film Institute in 2005. In 2006 she was given an Honorary Lifetime Achievement Award for outstanding contribution in the African-American community by the Columbus Times of Georgia, which is the oldest black newspaper in the country.

… Besides songwriting and producing, Irene has been writing several movie scripts in developement for her to star in. 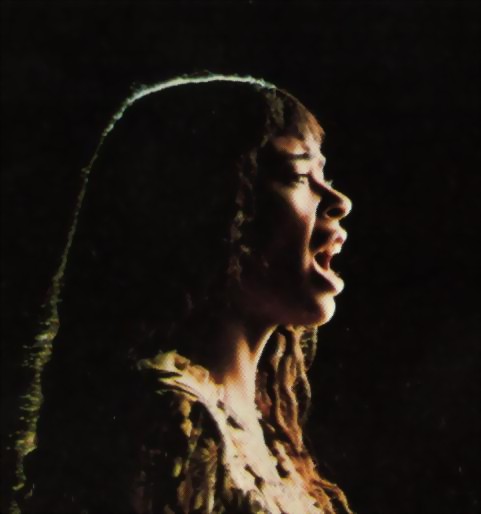 In 2007, Miss Cara was awarded the Trailblazer Award by the Reel Sisters of the Disapora Film Festival.

She was also honored for her Outstanding Contribution as a Performer by the Council of the City of New York.

In May of 2011 she was inducted to the “Bronx Walk of Fame”. She had the distinguished honor of having a street named after her at the Grand Concourse in the New York Borough of the Bronx.

We use cookies to ensure that we give you the best experience on our website. If you continue to use this site we will assume that you are happy with it.OkNoPrivacy policy